And what it says to the authorities

Big BIG week here at INI as our new Member Community is live! Huge thanks to Willow for getting everything sorted behind the scenes.

After lots of great beta feedback, I'm excited to share that Members on both the monthly and annual plans now have full access to the Community.

If you're already a Member but didn't receive your Community invite, please check your Promotions and spam tabs from Wednesday afternoon and then follow the directions.

Not a Member yet? Join us here!

Reminder: You can read this issue on the website, or you can 🎧 listen to it on the podcast (shortly).

Book of the Week

My book recommendation this week is What Does It All Mean? by Thomas Bagel (Bookshop, Libro, Libby).

There's never a bad time to ask the big questions and this book is a delightful intro to philosophy, if you've been hesitant in the past, or a refresher if it's been a while (I am ancient). 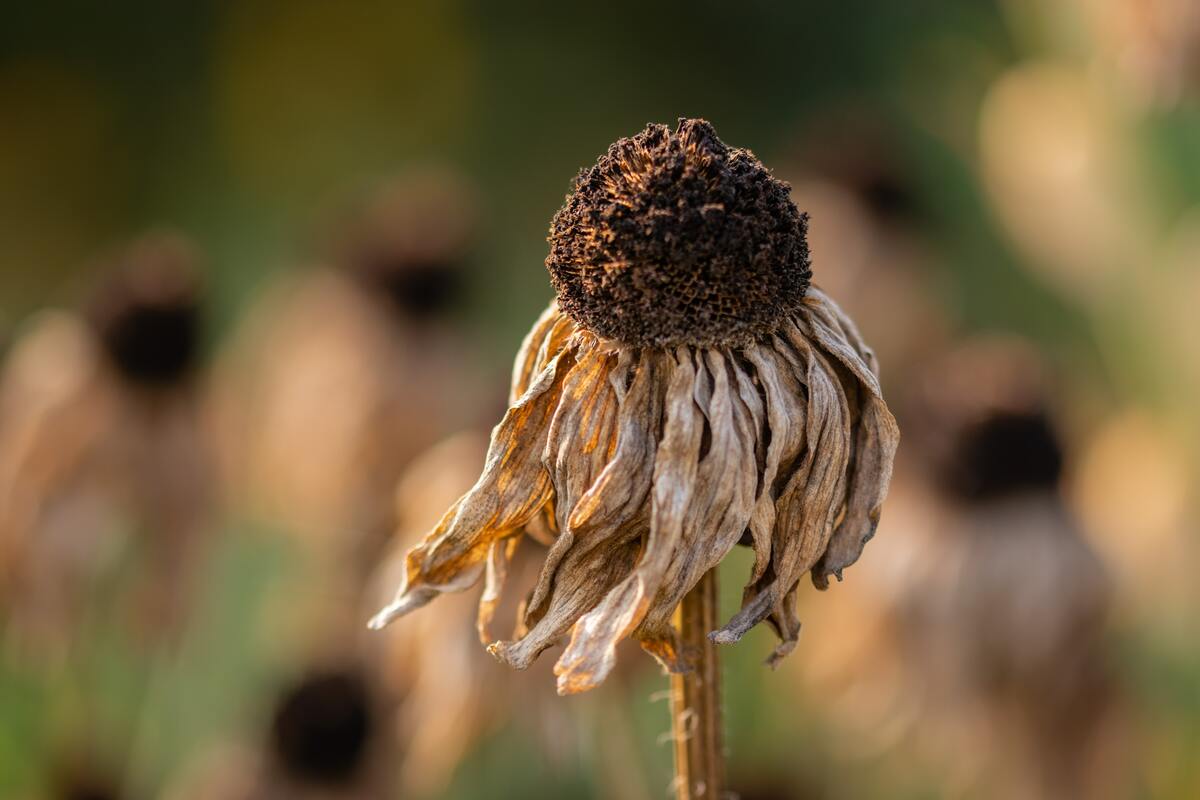 The news: 🎶 It's getting hot in here 🎵, and that means most towns, cities, and states on Earth have -- or should have -- a brand new job opening: heat officer.

Understand it: From Kansas to Los Angeles and Canada, and from Phoenix and Miami and Athens and Santiago to tiny Nagla Tulai in India, and throughout so much of the Global South, extreme heat is increasing in frequency and severity and a local governments are under pressure to act.

A vaunted but often complicated and bureaucratic dedication to a "whole of government" approach is increasingly required, and that means having someone to lead the effort.

It isn't sexy, but adaptation usually isn't. It's baseline stuff what we need to do right now and usually common sense, good neighbor stuff we should have been doing all along to alleviate inequities.

In Miami, that includes establishing a new "heat season" to build awareness. It means educating pregnant people about heat risks and actually building and providing housing for (in LA's case) tens of thousands of unhoused people. It means overhauling and funding OSHA to address the "fewer than 1,000 inspectors to monitor some 10 million worksites" as we attempt to electrify every building and automobile on the planet.

But, sure, yes there are more 2022 things we can do, too, like using connected cars to map heat islands more comprehensively, using satellites to track global tree cover and measure surface temps, and deploy much more of that white paint to reflect heat instead of absorbing it into streets, homes, and schools.

We can work in rural areas, using solar panels to provide cover for crops that might otherwise get scorched, and to reduce the pure volume of cows exposed and vulnerable to heat waves (cows bred for meat and dairy who over-index on land-use, water use, antibiotic use, and methane emissions).

⚡️What You Can Do: Direct your city council towards the Heat Action Platform, a project for city officials from the Adrienne Arsht-Rockefeller Foundation Resilience Center. They/you can use it to build heat action plans and policy interventions. 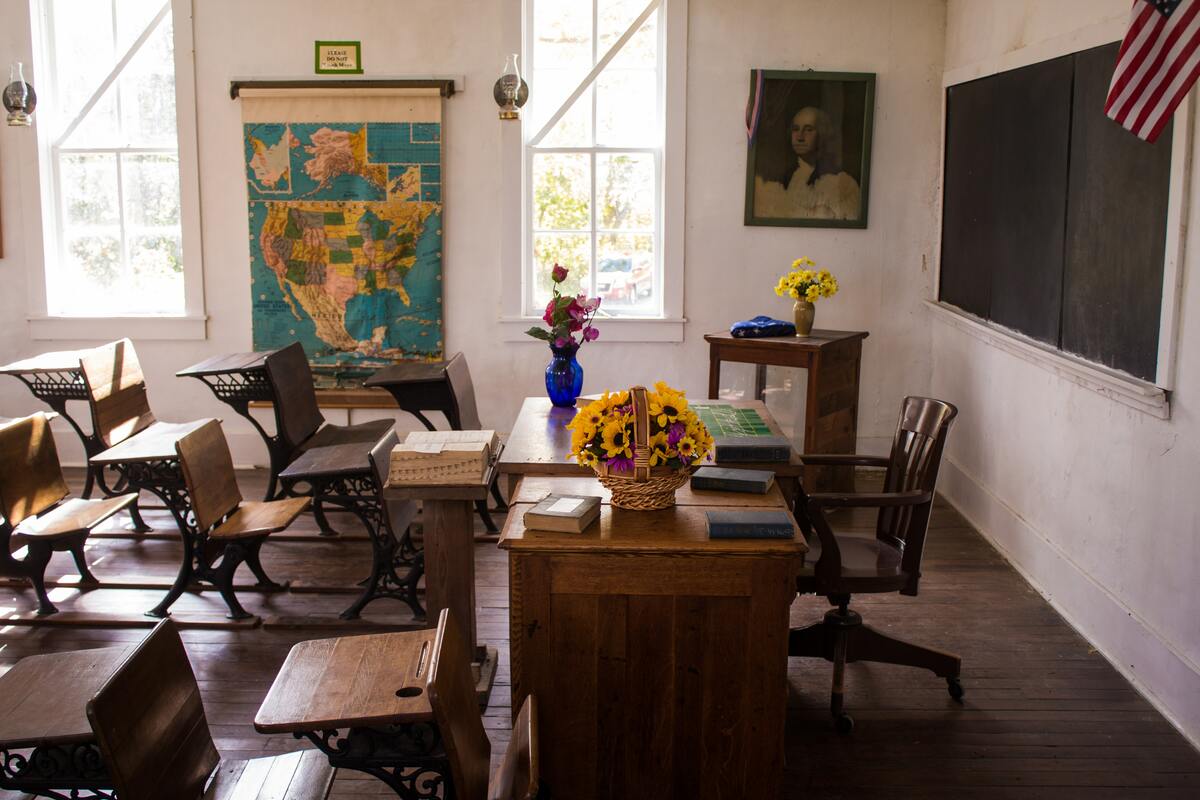 The news: Science is a process, and the failure to continually communicate that over the past two years has been among our greatest societal "own goals."

That said, "fuck it, we'll do it live" isn't an enviable corner to be backed into, whether we're talking changing a blowout diaper on an airplane, or heading up a country's pandemic response.

TL;DR: With BA.5 straight tearing through a growing number of countries and hospitalizations finally rising behind (drastically undercounted) cases, Moderna and Pfizer/BioNTech (and many others) are testing new universal COVID-19 vaccines, while we can't stop throwing away old ones and low-income countries face a very uncertain future.

BA.5 won't be the last subvariant of concern, being virtually guaranteed at this point to be outcompeted by some younger, fresher upstart with potentially even more immune escape. Will bivalent vaccines developed today on subvariants from yesterday be more effective but not effective enough, come October? Maybe?

But any way you shake it, it's still an airborne virus. There's two months-ish left until kids go back to schools and it's inexplicable to me we're not spending the hundreds of billions of dollars already allocated and the entire summer retrofitting classrooms and offices and restaurants and subways for ventilation and air cleaning so that whatever variant we're dealing with has a drastically more difficult playing field.

We know how well Operation Warp Speed worked -- it exceeded every expectation. Aside from the initial vaccine push, we've failed to match that effort over the past two years, but the clock continues to tick, and like with planting a tree, the best time to crack nasal/mucosal membrane vaccines is yesterday.

The math isn't complicated and has been in front of us the whole time. We have the ability to save millions of lives and trillions in economic pain but it will require doing the infrastructure work and seemingly require completely reforming/splitting up the entire FDA (something I've been arguing for a lot this year).

Abandoning the fight now isn't an option -- it's time to do what's required.

⚡️What You Can Do: I'm going to beat this drum until it's done: It's summer, this is the single best time for schools to upgrade their ventilation and HVAC. There's $122 billion out there waiting to be used for exactly these purposes. Direct your local school board to these White House tookit to tap those funds and get to work improving school air quality. 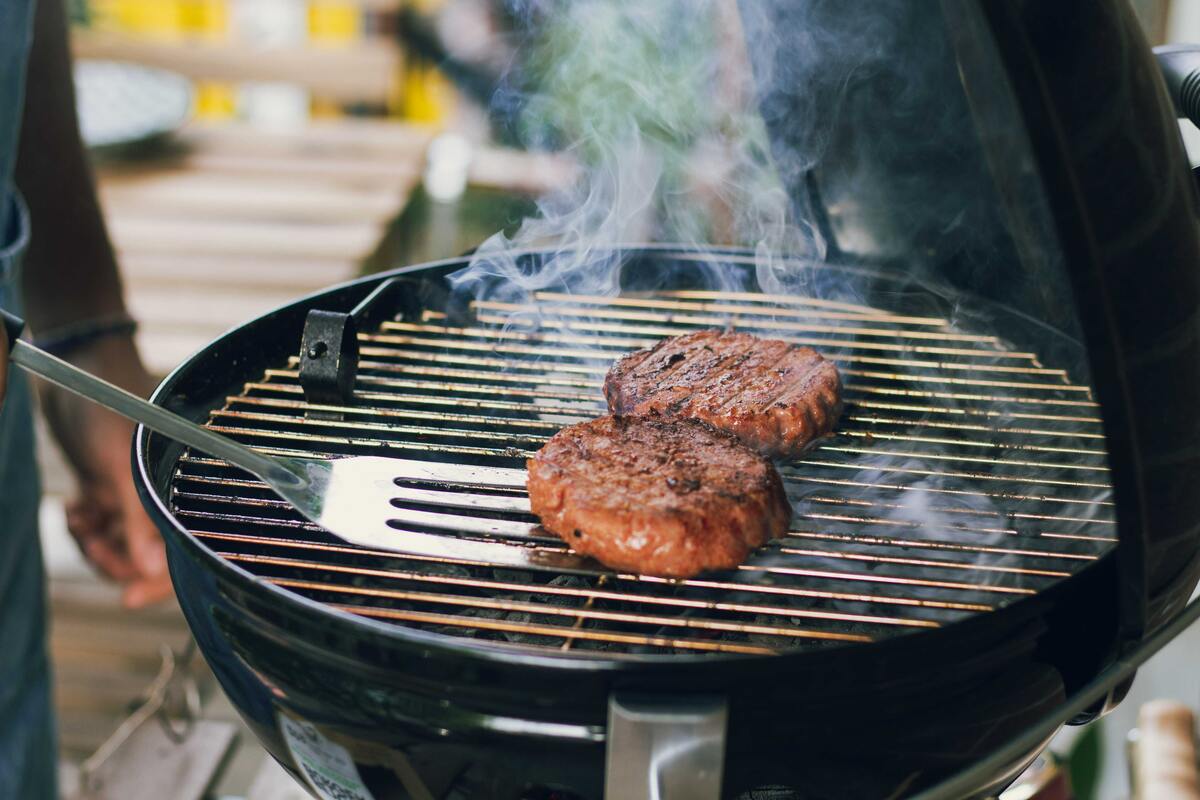 The news: A new study shows plant-based meat might be the best climate investment we can make, and (see above) it's not much of a surprise, knowing what we know about 80/20 rules and meat's footprint.

"The report from the Boston Consulting Group (BCG) found that, for each dollar, investment in improving and scaling up the production of meat and dairy alternatives resulted in three times more greenhouse gas reductions compared with investment in green cement technology, seven times more than green buildings and 11 times more than zero-emission cars.

Investments in the plant-based alternatives to meat delivered this high impact on emissions because of the big difference between the greenhouse gases emitted when producing conventional meat and dairy products, and when growing plants. Beef, for example, results in six-to-30 times more emissions than tofu."

Which is great! Because industrialized ag is a monstrosity: Sure, it feeds us, but it uses a ton of land and water to feed us mostly shit, much of which we waste, and the stuff we do eat makes us profoundly unhealthy and vulnerable to, I don't know, novel coronaviruses, on top of everything else, while (on the daily) endangering thousands of workers with zero safety net, and contributing just 1% to GDP, but over 10% of emissions.

So, methane. Look, it's really important you understand what's going on with methane. It's the biggest chunk of natural (fossil) gas and is 84x the warming power of carbon dioxide", and it's just spewing out of gas pipes and these farms.

And now we think "methane is four times more sensitive to global warming than previously thought." And atmospheric levels are increasing at wild rates.

Back to the great news: Quitting methane is the biggest lever we have to slowing warming, and fast.

Even more great news: For the low amount of $110 billy a year, we can do just that. Less great: That's 10x our current outlay to do it. But we can do it!

⚡️What You Can Do: Go deeper on mitigating methane (and fund startups) with friend of the pod Kim Zou, co-founder at Climate Tech VC. 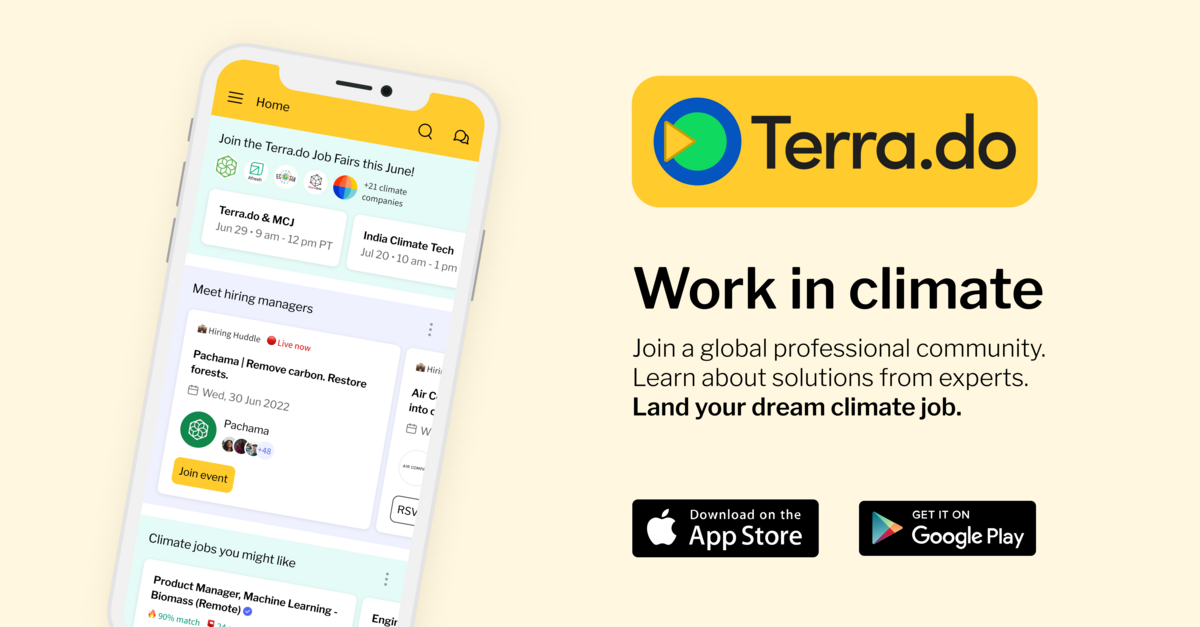 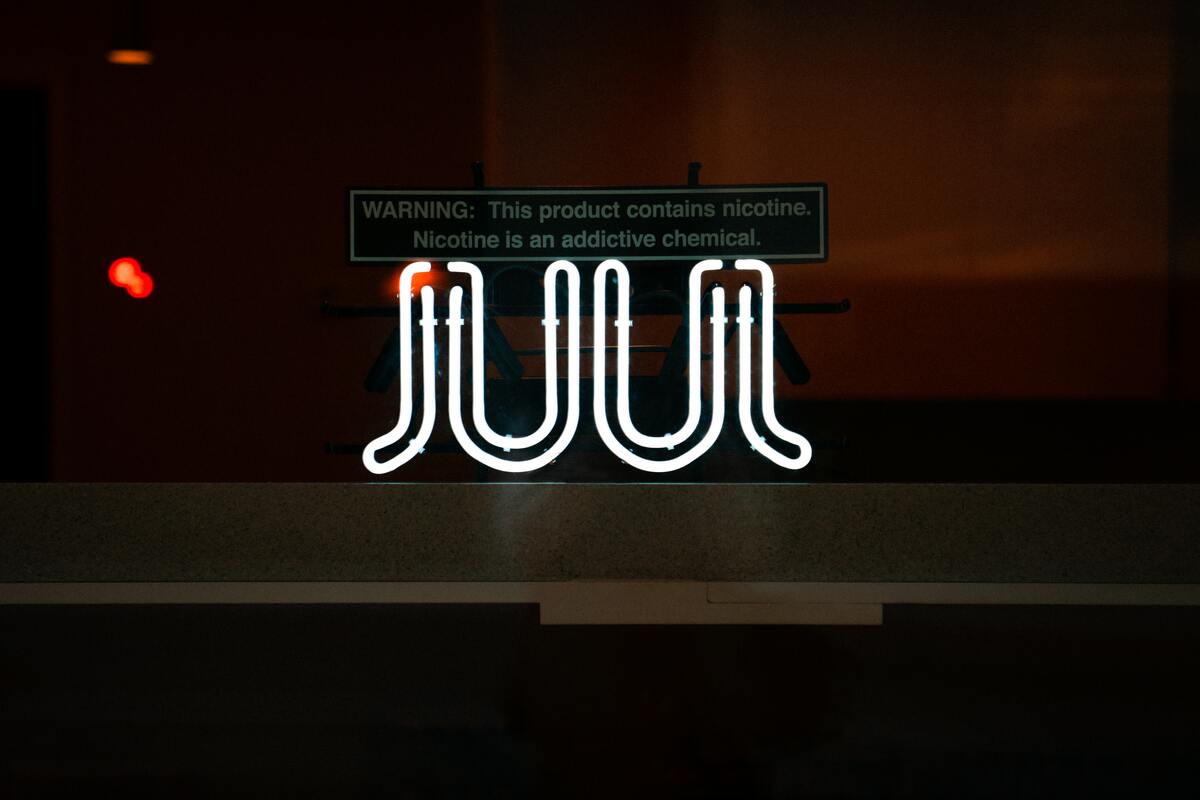 The news: OK, so remember two weeks ago when I wrote about the FDA banning Juul vapes?

Get a load of this (from STAT):

"Tuesday evening, the Food and Drug Administration announced it was giving Juul’s application for its vaping products a second look because of “scientific issues … that warrant additional review.”

[...] Sen. Dick Durbin (D-Ill.), a prominent critic of vaping companies, called the move a sign of “ongoing incompetence” and a “deeply disappointing failure” on the part of the FDA."

Understand it: Immediately following the ban, Juul of course sued the FDA and claimed "the FDA missed nearly 6,000 pages of toxicology data that the company submitted as part of its application."

Whether or not that's true, and whether or not I think companies that intentionally poison children should be shot into space (I do), it's clear that in 2022 a combined "Food" and "Drug" "Administration" is incapable of doing either job in a world where both of those systems are broken and barely administered at all.

⚡️What You Can Do: Join The Campaign for Tobacco-Free Kids and fight to reduce tobacco use and its deadly consequences in the United States and around the world. 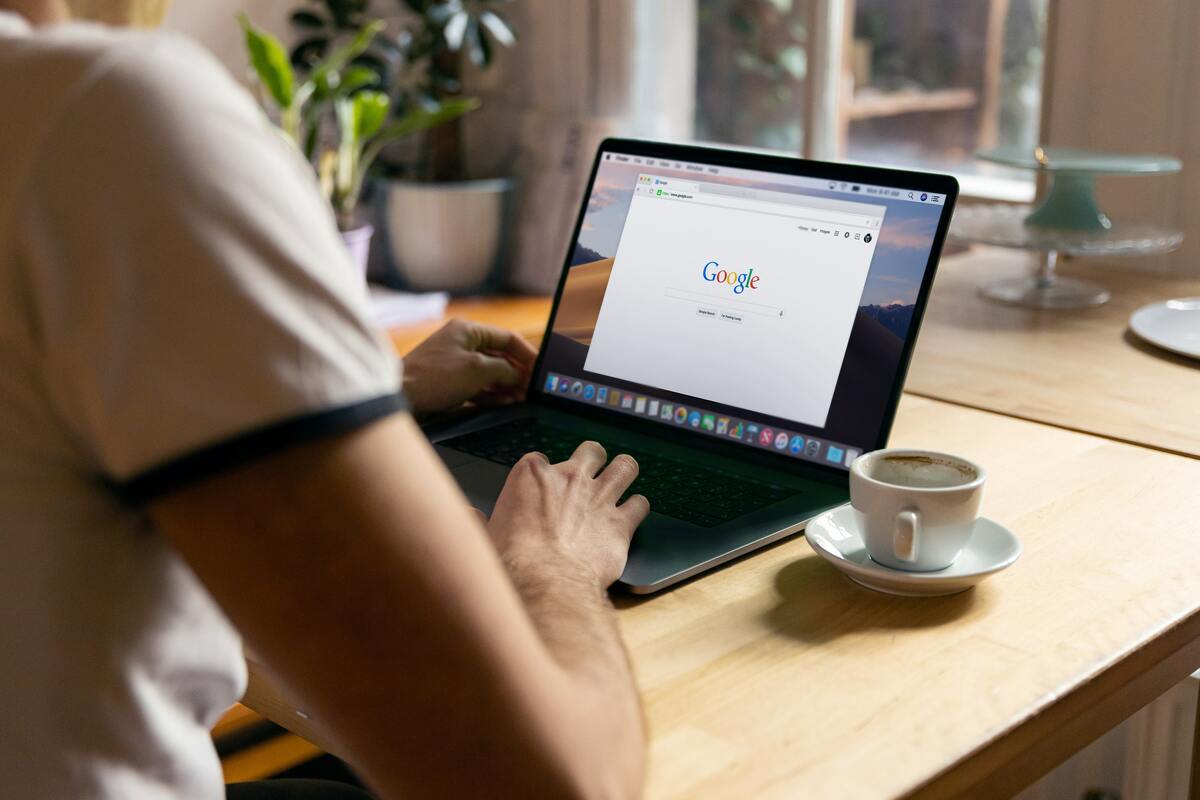 The news: Continuing our focus on data privacy re: location and abortion, Google announced this week they will start removing abortion clinic visits and other "particularly personal facilities like fertility centers and weight loss clinics from users' location history.

First, not a question, but obviously, location data shouldn't be collected at all, much less sold every day on a nearly unregulated marketplace, something Google is being sued for as we speak.

Second, as any job applicant or, say, teenager can tell you, the absence of data is...data. "Tina's mom said you did not spend the night at her house last night, so where were you two and why do you reek of bottom shelf vodka?"

Third, this shouldn't shock you, but this does imply Google has what is probably a hugenormous data set of sensitive locations. Do with that as you will.

"Self-defense" used to mean something different, but in 2022, many of the same groups who have spent so long protecting their physical bodies, their identities, their medical histories, and their locations, are in even more danger than before -- where they are suddenly as required to wipe their digital histories as they are to still thread their car keys through their knuckles or plead with governments to finally close "boyfriend loopholes" for guns.

Technology companies, monopolies or no, however answerable to boards and shareholders, now stand in for gerontocratic governments unable or unwilling to protect people from harm. And that's where end-to-end encryption  -- and it's eerily similar comparisons to 2nd Amendment rights -- comes in.

"Beyond end-to-end encryption’s ability to protect people from their government, police, and prosecutors, it also protects them from other people who seek to enact harm, be they criminal hackers or violent extremists.

While equating encryption to a weapon misconstrues its function—it’s much more shield than sword—these defenses remain the most powerful tool people everywhere have to protect their digital privacy. And a clear parallel can be drawn to the fervor with which gun advocates embrace their right to bear arms.

[...] What’s certain is that millions of people who had nothing to hide before the Supreme Court’s June 24 decision now face the prospect of potential targeting, surveillance, and even prison over their reproductive health. And comprehensive encryption will be essential to their self-defense."

⚡️What You Can Do: No software is immune to hacking, but there's better-than-the-standard options, including Signal for messaging, Mullvad for VPN's, and Proton for email. Spread the word -- safely.

NEW! Got feedback or thoughts on this issue? Members can comment here. Not a Member yet? Get engaged right here.