Plus: A wild new depression study

Our first "Live New Member Night" is coming up on Tuesday the 26th. If you're already a Member, make sure to RSVP and add to your calendar. If you're not in yet, join us!

Reminder: You can read this issue on the website, or you can 🎧 listen to it on the podcast (shortly).

Book of the Week

I read this for the first time a couple years ago and again recently. It really reoriented my thinking on how to take on today's wildly complex systemic issues, from stakeholder buy-in to collaborative processes measured against a very specific, measurable goal. 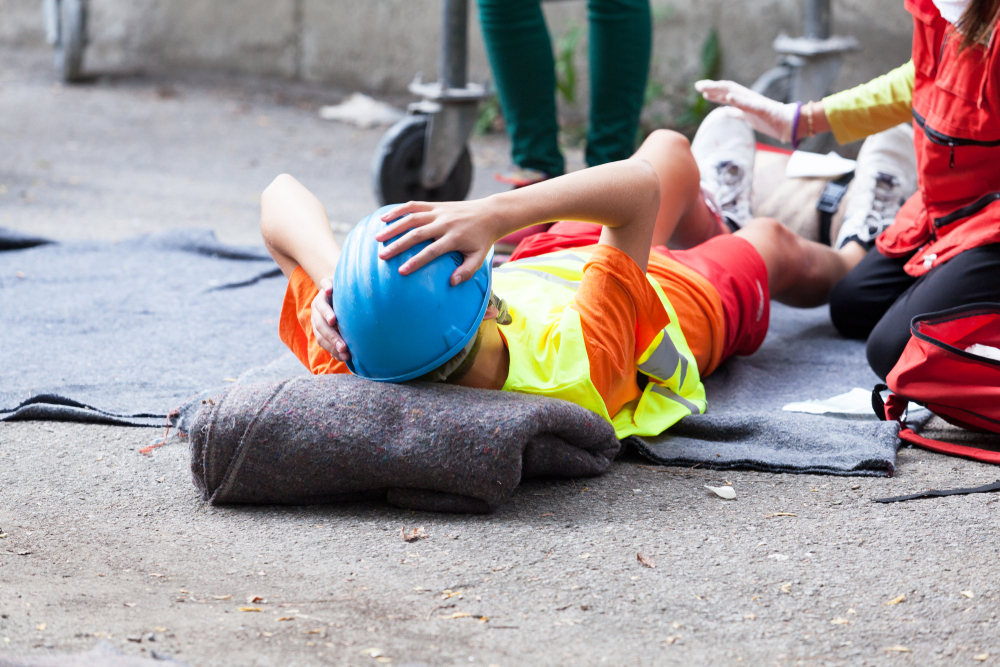 How to beat the heat in your city

The news: Is it hot enough for you?

But it's not just you. It's hot AF everywhere.

So, US President Joe Biden had a press conference where he called the state of the climate an emergency, but didn't actually declare an emergency. Because while that's necessary at this point, unlocking a host of potential tools that Congress simply won't provide, it's also a complicated maneuver.

First, by nature it will mostly involve executive powers and actions that the next president can cancel with the stroke of a pen (as has happened for eons now), and probably invites more bullshit from the Supreme Court, whom you may have heard is excited to strike down anything resembling progress.

Second, and this is where it's complicated, there's a relatively important federal election in a couple months and the only party that (mostly) wants to do anything about climate change is already at risk of getting blown out of the (rising) water with democracy right behind it.

On the other, I do know that new federal tailpipe standards finally in action would bend the EV curve even more (and while gas is still expensive), and that the Defense Production Act and procurement dollars, when applied to "shovel ready" climate tech like EV's and clean power, can go a long way, even if it means moving some agency money around to do so.

And finally, that using the Stafford Act to make sure FEMA doesn't just rebuild things that will inevitably be broken in a hurricane exactly as they were before (like, say, petrochemical plants) can help communities (searching for the right words here) build back...better?

But while it seems like the emergency declaration is still probably coming, you're inevitably going to be frustrated, because it simply won't be enough on the global scale.

Where you'll feel the most progress (through actions and results) is on the state and city level.

Right now, your city can:

⚡️What We Can Do: Everything above, but also checkout Rewriting America's excellent guides to electrifying your community. 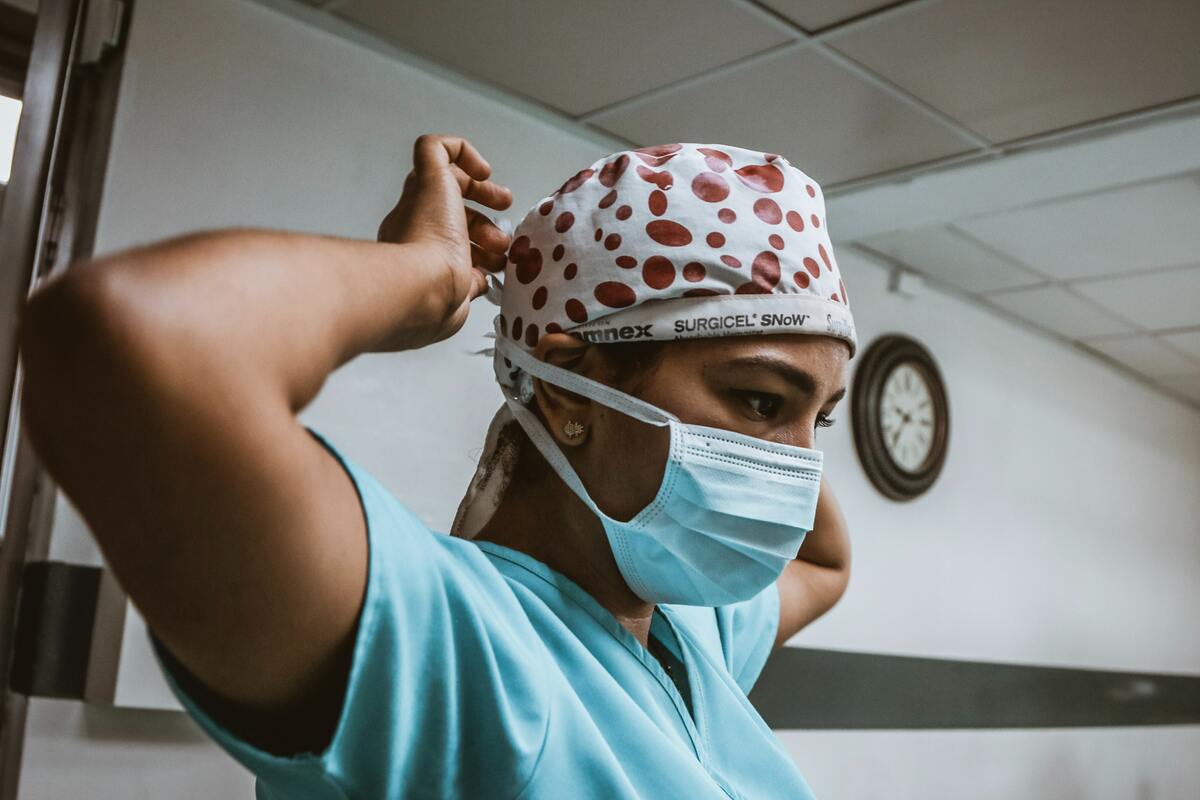 How to beat quackery

The news: Quackery comes on a spectrum, in a huge variety of forms (like candidates for Senate in Pennsylvania), is inevitable, and is as old as time.

And yet -- in a world changing quickly and with fewer trusted sources and poor and often mis-informed messaging from the remaining ones, people be flailing.

And when people don't know where to turn, they will turn anywhere that may be able to help them.

For example, we haven't really figured out 1) what Long COVID is or 2) why it happens to some people, much less 3) how to treat it, so patients are increasingly traveling to receive treatments that have no proven benefit, like hydroxychloroquine (still, I know) and "blood washing."

It goes deeper than that, though. By some estimates, we were short 200,000 nurses pre-COVID. McKinsey (FWIW) projects that may be closer to 450,000 in just a couple years.

What are the stakes?

Well, all that heat's filling up hospitals, we've fallen way behind on other global vaccinations, and it seems as if "endemic" COVID might mean a baseline 300 or so deaths a day, or 100,000-ish new deaths a year, and, depending on how the virus evolves, many more than that infected.

That's many, MANY less than previous waves thanks to shots and infections. And over the years, new subvariants and non-existent mitigation will probably be even more acquired immunity. And yet.

The point is: we have to design approaches that honestly measure the externalities we're exposed to. We don't just need technology to answer that call, we need people.

We don't just need heat pumps, we need to train tens of thousands of people to build them and install them.

We don't just need biodegradable, plant-based coatings for fresh fruits and vegetables, we need to grow crops that make you healthy, that are affordable, and a legion of new, young farmers to grow them, and workplace protections so they don't die on the job.

We don't just need millions of 3D printed houses, we need people to build them and maintain them.

We don't just need new COVID boosters, but trusted nurses and informed community health workers to administer them, who can answer questions about weird periods after those shots, about monkeypox symptoms, tests, and vaccines, who can explain that as far as we can tell, Paxlovid doesn't really do anything unless you're high-risk, and who, on the other hand, can educate the immunocompromised on Evusheld, the bulk of which is basically just sitting on the shelf.

Yes, all of this will cost money that Congress refuses to provide. But again, when you measure the costs of inaction, of our externalities, of everything we've made ourselves exposed to -- inaction dwarfs everything else.

All of this, as always, is to say: it doesn't have to be this way. Other countries aren't anywhere near perfect, but they aren't this way. We have remained so steadfastly dedicated to exceptionalism by way of liberty that, collectively we're basically 70th in the world in everything that matters.

These results are the sum of the choices we've made, and I want to be crystal clear here: we can make different ones. We can do so much better, and it's going to require all of us -- but especially those of us who've never been in positions of leadership before, and it starts close to home.

⚡️What We Can Do: Support incredible, young, progressive state and local candidates -- or become one yourself -- with Run for Something. 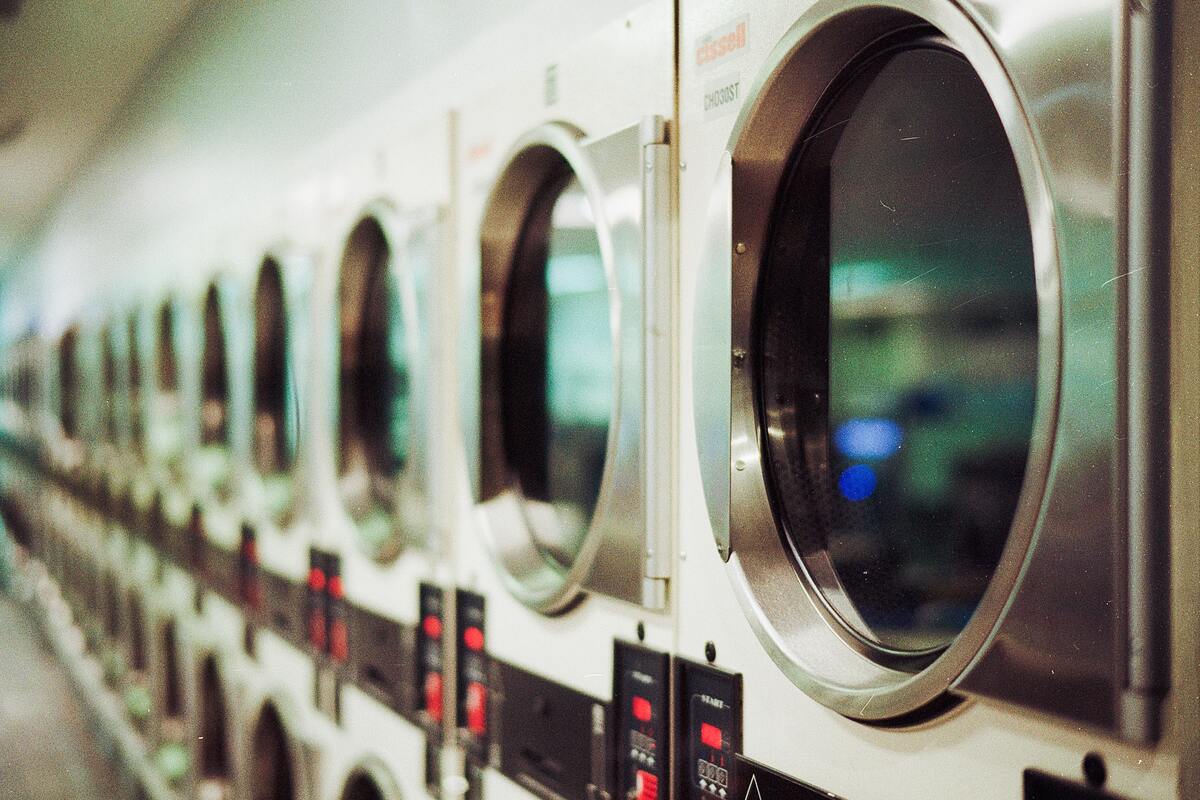 The news: Just two days after Wisconsin Attorney General Josh Paul filed suit against 20 companies who allegedly contaminated, well, everything, with the "forever chemicals" known as PFAS (per- or poly-fluoroalkyl substances), I am excited to introduce the first in our new series of "Explainers" -- resources to get you up to speed on some of the more nuanced topics frequently discussed here and on the pod.

The first is a briefing on PFAS, those pesky chemicals included in everything from your drinking water to laundry detergent and frying pans, most of which degrade (checks notes) never?

Explainers are the brainchild of my incredible new colleague Willow Beck. Got ideas for more? Just reply to this email and let us know. Members can DM Willow with questions and ideas directly in our Community.

A paradigm shift in mental health

The news: A massive new umbrella review of 17 existing metastudies of depression's relationship with serotonin has come to the conclusion that "After a vast amount of research conducted over several decades, there is no convincing evidence that depression is caused by serotonin abnormalities, particularly by lower levels or reduced activity of serotonin."

Understand it: Wow. Some background from New Scientist if you've never tangled with depression:

"The serotonin hypothesis, which dates from the 1960s, says that a chemical imbalance in the brain, including low levels of serotonin, also known as 5-hydroxytryptamine or 5-HT, leads to depression. We now think various biological, psychological and environmental factors play a role, but the most popular antidepressants, known as selective serotonin reuptake inhibitors (SSRIs), increase the availability of serotonin in the brain."

So seeing as how many billions of dollars of SSRI's have been sold over the decades, never fully knowing what SSRI's actually do (however much they've helped millions of folks feel better), there's going to be much consternation over this result.

In New Scientist, "Johan Lundberg at the Karolinska Institute in Sweden says a limitation of the analysis is that it didn’t distinguish between people who had ongoing depression and those who have episodes of depression, whose state at the time they were assessed could affect the functioning of their serotonin systems."

And yet, in The Conversation, the study's authors write, "There is no other accepted pharmacological mechanism for how antidepressants might affect depression. If antidepressants exert their effects as placebos, or by numbing emotions, then it is not clear that they do more good than harm."

No one should change anything about their medication until discussing these results and their medical history with a doctor. Science, as we know, doesn't go in a straight line. Shit's complicated. Nearly one hundred years after we started cranking out penicillin, antibiotics have saved a bajillion lives and reduced the suffering of many more, but stuffing our cows full of them has also meant an increasing antimicrobial resistance because bacteria are 1) older and 2) smarter than we are.

So I don't believe this is anywhere near the end for SSRI's, but evaluating where we are today is a requisite step in the "rebuild the mental health support system" revolution, from better understanding environmental triggers to researching psychedelics and more.

⚡️What We Can Do: If you or someone you love needs help, dial 988 to check out the new mental health hotline.

So close, yet so far

The news: I've spent months harping about a US federal privacy law, tracking UK developments, and making sense of the new US state-level laws, including California's, which is quite strong and carved into stone like all of California's other ballot initiatives. Simultaneously, the FCC is finally putting mobile companies feet to the fire over location data privacy.

Good news: There's a new federal bill coming down the pipe. It's huge progress, requiring companies to actually suss out whether/how much their algorithms are racist or sexist or discriminatory in six other ways, and then fix them.

Bad news: It supersedes (almost ) all those state laws, including California's, which is way stronger, and has basically no funding attached to it.

It's still early and banging around committee, so lots can change, but only if we demand it changes. We are once again behind the 8 Ball here with a real chance to shun lobbyists, learn from state and international efforts, and maybe even do one better.

⚡️What We Can Do: Re-upping our latest steps: Turn on end-to-end encryption for your Ring doorbell, or throw it into the fires of Mount Doom; check out Signal for secure messaging and Proton for email.

Got feedback or thoughts on this issue? Members can comment here. Not a Member yet? Get engaged right here.