So much to discuss, but with half the words!

Quick note: I'm off next week for a long overdue vacation with the wife and kids. Please send me your best sci-fi/fantasy beach reads ASAP.

You can read this issue on the website, or you can 🎧 listen to it (Spotify, Apple Podcasts).

INI is 100% independent and mostly reader-supported. This newsletter is free to all, but to pay it forward and support our work, get weekly deep-dive essays from me and guests, an invitation to our Community and the delightful comments section, please consider becoming a paid Member. 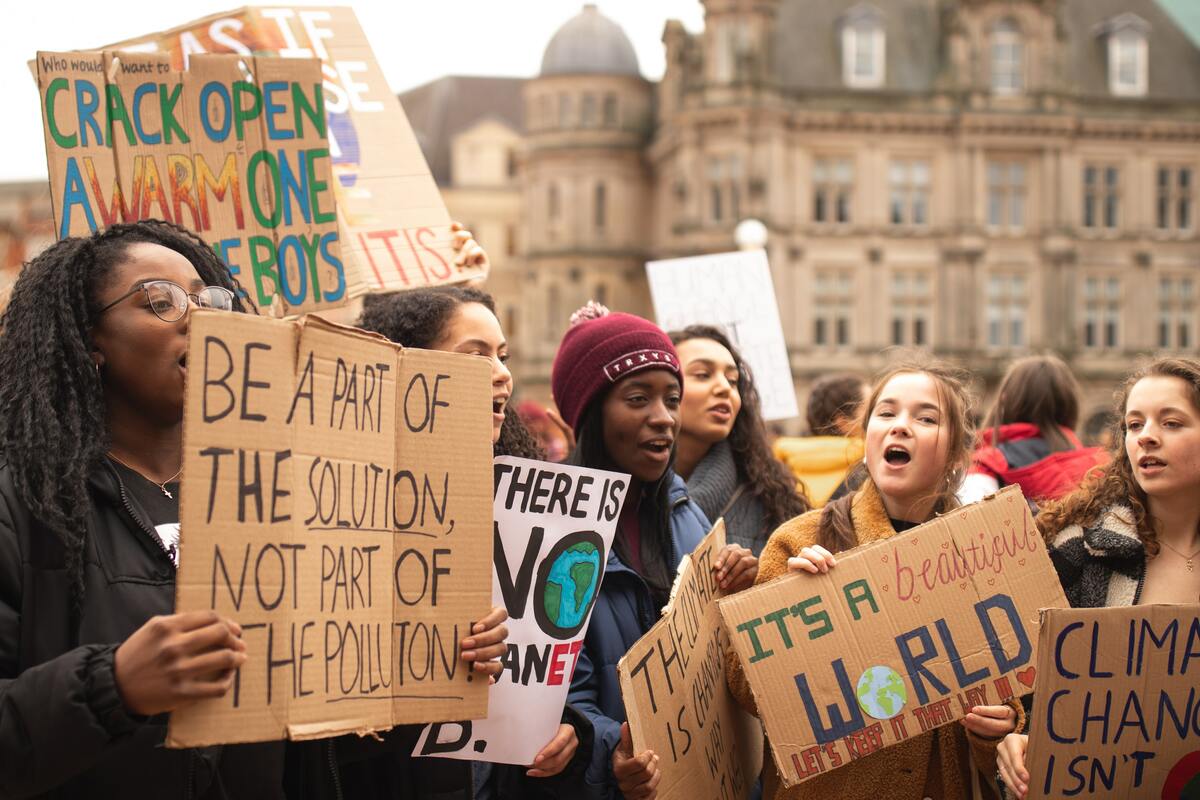 Beaming, proud parents/Senators Chuck Schumer and Joe Manchin revealed -- to the "holy shit" surprise of nearly every one of their colleagues -- a nearly fully-fleshed out bill with a new, timely name (The Inflation Reduction Act of 2022).

With Majority Leader Schumer rushing to vote on the bill as early as next week, here's what's in it (for now):

Look. Democracy is broken, these wins are the product of secret negotiations with one actual coal baron minus 50 GOP senators who refuse to do anything.

So if Drs. Leah Stokes and Jesse Jenkins say "the bill will likely cut emissions about 40% by 2030 over the US’s peak climate pollution levels in 2005", I'm in.

⚡️What We Can Do: Give massive thanks to everyone who never ever gave up on this, and then join our friends at the Climate Changemakers to call and demand your representatives support the Inflation Reduction Act. This is it. 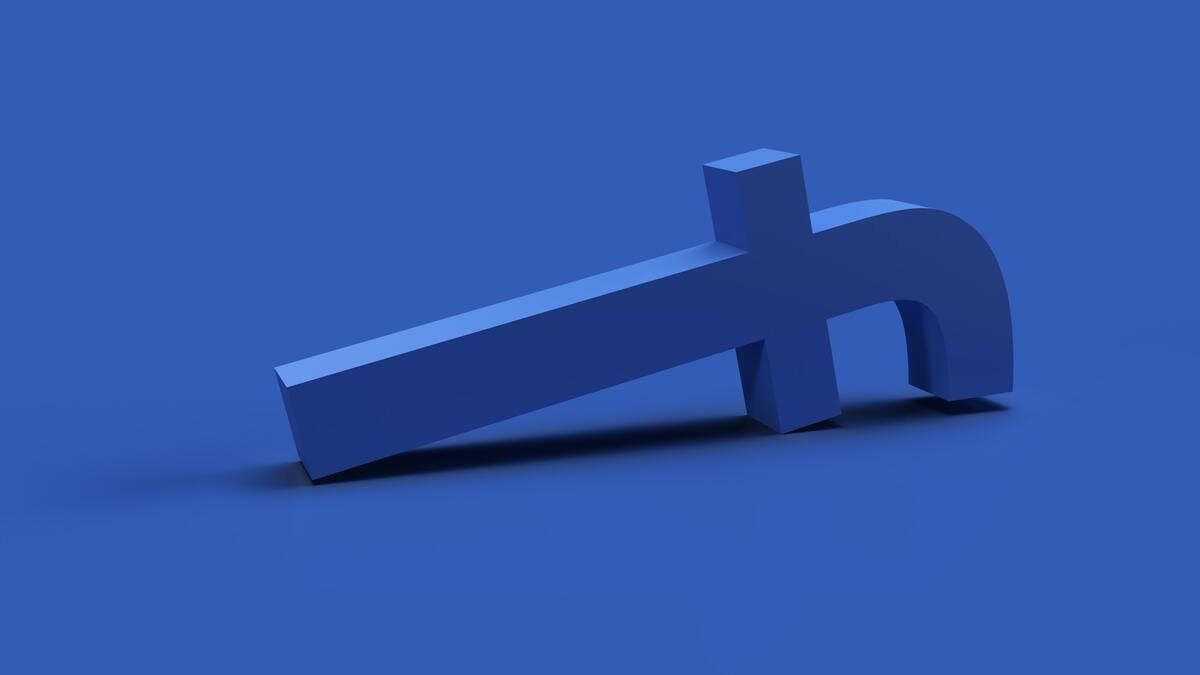 The news: Meta (Facebook) is considering relaxing their COVID misinformation policies, and asked their recently topped-up Oversight Board for a second opinion.

Platformer columnist Casey Newton wrote, "For all the criticism Meta has received over its enforcement of health misinformation, by some measures the steps it took clearly had a positive effect on the platform. The company estimates it has taken down more than 25 million posts under its stricter policies, which now require the removal of 80 separate false claims about the disease and its vaccines."

Understand it: COVID, you may have noticed, isn't over.

Pros and cons, you know?

I am not a lawyer (nor a doctor, or about 7000 other things), but however much free speech matters -- and it does, quite a bit -- to recommend a platform with almost two billion interconnected members make it easier to share information that could quickly and widely harm people feels like maybe not the right call, yet.

⚡️What We Can Do: Dan Pfeiffer wrote a whole post last month about why we need to be on Facebook fighting back in the disinformation wars, and I'm...still wrestling with it. I'd love to hear what you think. Read it, and then reply to this email or hit me in the Community.

🤝 Got friends? Us too! Slack/text them your personal referral link, earn cool stuff, and help us grow this baby: https://newsletter.importantnotimportant.com/subscribe?ref=PLACEHOLDER 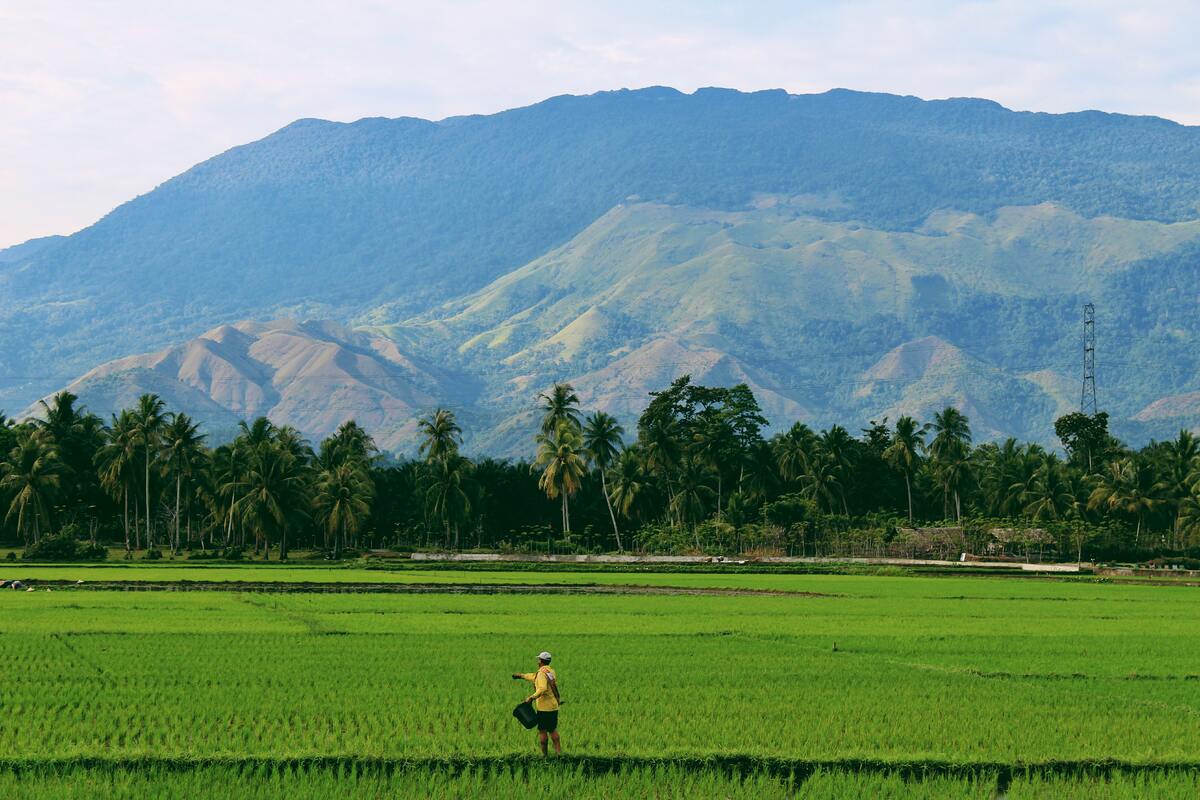 Will you eat super rice?

The news: A team of crop physiologists at the Chinese Academy of Agricultural Sciences were curious whether any of a couple hundred rice and maize regulatory genes might improve yields, possibly supplying more food from less land, in a moment when land-use and fertilizers are under global scrutiny.

Great news: They gave one variety of rice an additional copy of one of its own genes and boosted IRL yield by up to 40%. How? In Science, the group describes how "the change helps the plant absorb more fertilizer, boosts photosynthesis, and accelerates flowering".

Understand it: With increased droughts and floods, war in Europe, still-elevated fertilizer, fuel, and wheat prices, and subsistence farmers in low-income countries suffering from all of the above, more countries are trying to feed their people from domestic sources, especially East and South Asia where 80% of the world's rice is consumed.

"A 20-public median of 48% say genetically modified, or GM, foods are unsafe to eat, while a much smaller median of 13% say GM foods are safe. The survey included an option for people with limited familiarity about GM foods to indicate this; a median of 37% say they don’t know enough to offer a view about the safety of GM foods."

Feeding the world in the climate change era will require more creativity (improved photosynthesis!), transparency (peer review!), efficiency, and of course, more empathy. Not all GMOs are good or bad, and Big Ag generally doesn't give a shit about you, but finding ways to regulate for and differentiate among them will be instrumental in adopting more predictable harvests and avoiding famine wherever we can.

⚡️What We Can Do: Check out Grist's "Panic-free GMOs" series to get up to speed. 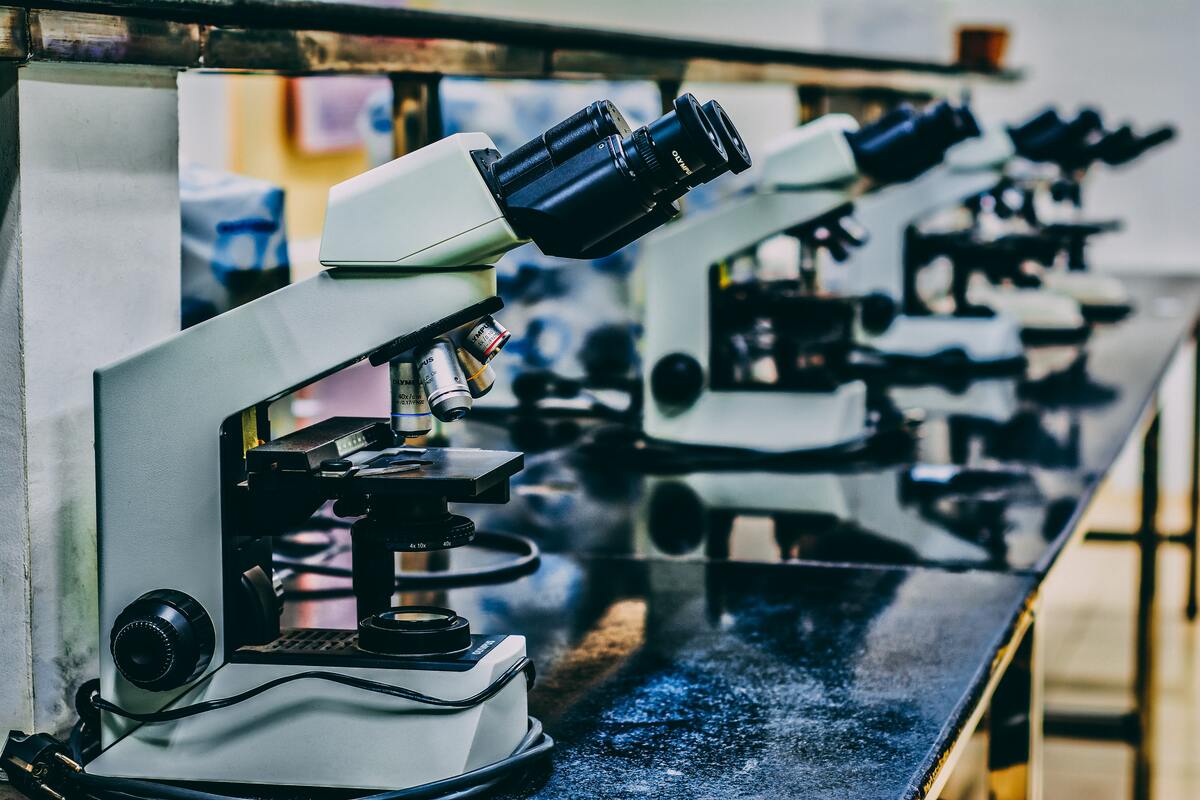 Alzheimer's under the microscope

The news: We've talked a lot about the world's long, fruitless pursuit of Alzheimer's early testing and treatments. While tens of millions of people have suffered and died, billions have been spent on research that never seems to find a way forward.

Last week an article in Science revealed, by way of a six-month investigation, that the original papers published in Nature in 2006 and supporting the "amyloid hypothesis" (i.e. brain plaque causes the diseases) are potentially "shockingly blatant" examples of image tampering, or "an elaborate mirage."

What I'm trying to say is that all of these years of research -- the NIH spent $1.6 billion on amyloids projects in the last year alone -- may have been based on conclusions that never actually held up in the first place, a house of cards intentionally stacked with doctored images, "cited … thousands of times and thus [with] the potential to mislead an entire field of research."

Understand it: Science, as I remind everyone almost every week, is a process, wherein the entire point of the process is to try and prove yourself wrong.

But in the last two years, science communications have come under great scrutiny, as breathless pre-print papers are (still!) posted willy-nilly on Twitter, immediately subject to review not by peers but morons like me, but also a public desperate for information, guidance, or clicks.

At the same time, fields like psychology, among others, have come under a (perhaps necessary) replication crisis. We have to fund more basic research, but also be more skeptical if we're going to tackle the hardest problems of our time.

⚡️What We Can Do: If someone you love is suffering from dementia and/or Alzheimer's, there are 300+ trials currently recruiting participants in a variety of areas of study. Check them out here. 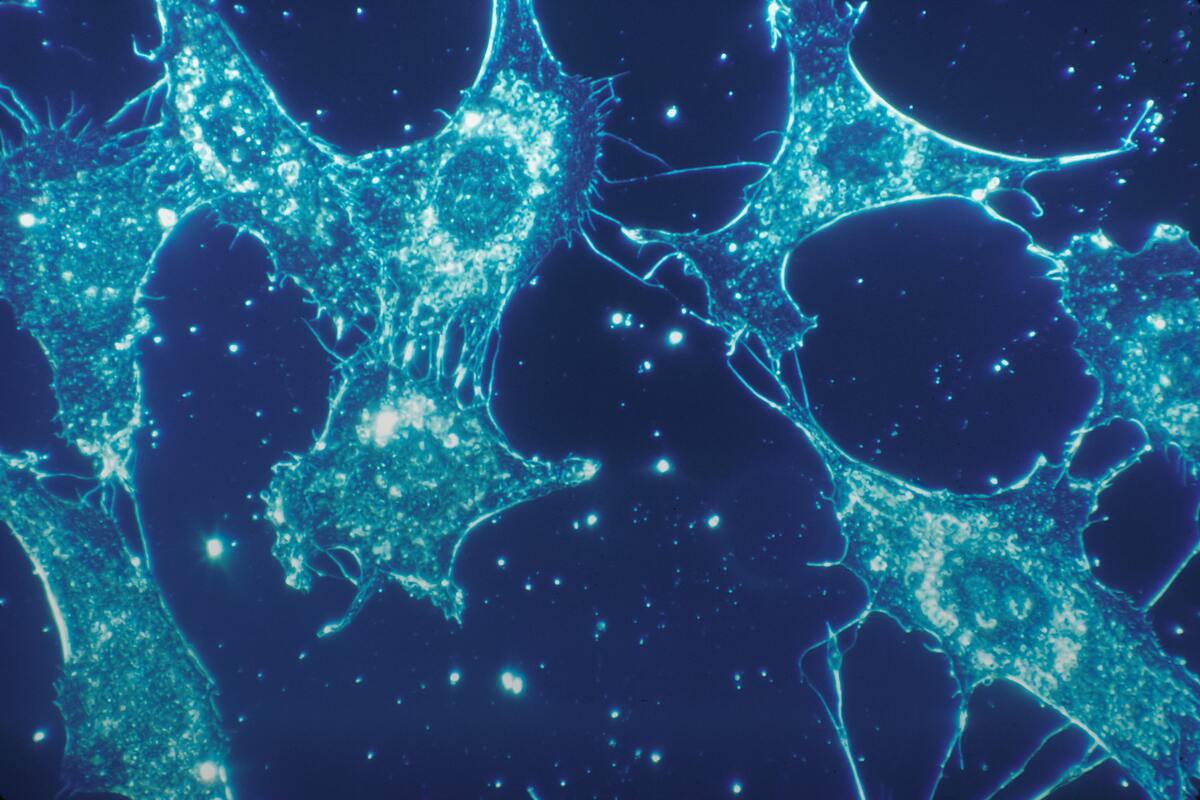 The news: DeepMind's "AlphaFold" AI tool has spent two years answering decades worth of questions around biological proteins and this week updated their database after having, and I mean I guess this is helpful, "predicted the structure of nearly all proteins known to science" and then made it available to anyone, for free.

Understand it: Friend of the pod and systems biologist Mohammed AlQuraishi told the MIT Tech Review in a hilarious understatement that "Predicting the structures of proteins is very time consuming, and having a tool with 200 million readily available protein structures will save researchers a lot of time."

Meanwhile, Jian Peng, a computational biology professor, said "AlphaFold could also help scientists to reassess previous research to better understand how diseases happen", and if you read the section above about two decades and billions of dollars wasted on fabricated research results, you'll understand why I think this matters, immediately.

⚡️What We Can Do: In the meantime, donate a few bucks for treated bed nets (it's basically $2/net) to the Against Malaria Foundation, consistently one of GiveWell's top rated picks and arguably the most effective foundation on the planet.

🗣 Want to send me feedback on this issue? Members can comment here. Not a Member yet? You're just $5 away from joining up.